Phil and Sarah Florence started at Kurt’s Karate that was opened in December 2011 and took over the Napoleon location in 2015, expanding to Defiance in 2018. The Napoleon location merged with the Defiance location and changed the name to become Defiance Karate. From the beginning, the emphasis at Defiance Karate has always been on “family, fitness, and fun.” Almost everyone in the adult class has a child, spouse, or both also enrolled in classes. The family that trains together, stays together.

Defiance Karate is really growing quickly. Defiance was Sabumnim Phil’s hometown and it was always his dream to open a location here, which was realized in 2018. Once opening in Defiance, business boomed and the Defiance Karate family expanded to an unforeseen size. 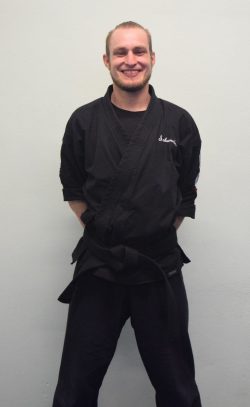 Philip Florence started his training in 2012 in Hapkido and received his black belt in 2015 under his instructor Kurt Steinke and a board of black belts. Philip Florence is now a 4th degree black belt in Defiance Hapkido, a 2nd degree in Kobujutsu, a 2nd degree in San Ryu Do, and a Blue Belt in Brazilian Jiu-Jitsu. He also has an Instructor’s Certification which shows that he studied and was found able to teach the Children and Adult classes.

Sarah Krieger is an instructor at Defiance Karate and has been with us since 2014. Since she has started she has achieved her 3rd degree Black Belt in Defiance Hapkido and a 2nd degree in San Ryu Do, and a Brown Belt Kobujutsu, and a Brown Belt in Aikido. 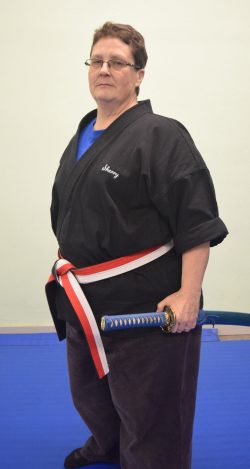 Currently Sherry Pitchford is a 5th Dan in San Ryu Do International and has been with the system for nearly 25 years. Mrs. Pitchford has two other styles that she enjoys teaching and training in as well; American Kenpo and Shoalin Kenpo. Having a total of 36years in martial arts has given Mrs Pitchford years of enjoyment in teaching, training, and competing with a broad range of people.

My favorite quote has been, “It’s not about your destination, but instead it should be about your journey and how you get there.” (Bruce Lee).

Mrs. Pitchford enjoys teaching anyone about Martial Arts as to her it is not about having a job it is about helping others learn to grow of themselves and to become part of something bigger. If you ask her Why do you do Martial arts and teach? The answer you would get is, “I teach because I learn as much as the student. I have fun. It is not like having a job, it is like playing with meaning. If you can help even one person, student, or child to learn to protect themselves or become something better you have done something great.” 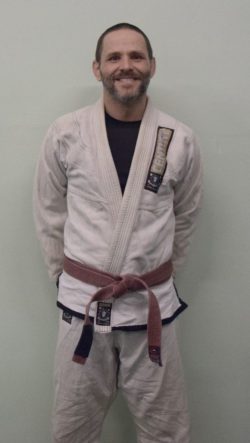 My name is Justin Dane Flemens. I have been studying the martial arts for 16 years. I started studying MMA when I was 18 years old, after spending 10 years in MMA I took the time to study many different martial arts such as Tae Kwon Do, boxing, kickboxing, wrestling, Jiu-Jitsu, and Judo are where I spend most of my time. I decided to focus on training and competing more in BJJ(Brazilian Jiuijitsu), going on from MMA with a 3-1 record. I started my training as white belt under Noah Karbach. Noah is a Black Belt under Royler Gracie Black Belt, Jason Fox. I spent 5 months at white belt, competing 27 times with 27 wins in under 2 minutes. I spent 2 ½ year at Blue belt, and another 2 ½ year at purple belt. I competed a lot from blue to purple belt. My competition record is 91 - 29. After 5 ½ years and a lot of competing I am currently at my brown belt.